Marie-Antoinette: The Making of a French Queen (Hardcover) 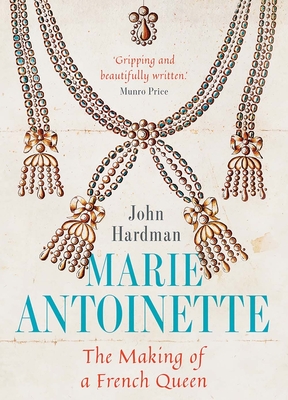 By John Hardman
$30.00
Available from Our Distributor (5+ days shipping)

“Presents [Marie-Antoinette] as much more than a symbol whose meaning is in the eye of her beholder . . . neither martyr nor voluptuary but rather a serious participant in politics.”—Lynn Hunt, New York Review of Books

Who was the real Marie-Antoinette? She was mistrusted and reviled in her own time, and today she is portrayed as a lightweight incapable of understanding the events that engulfed her. In this new account, John Hardman redresses the balance and sheds fresh light on Marie-Antoinette’s story.

Hardman shows how Marie-Antoinette played a significant but misunderstood role in the crisis of the monarchy. Drawing on new sources, he describes how, from the outset, Marie-Antoinette refused to prioritize the aggressive foreign policy of her mother, Maria-Theresa, bravely took over the helm from Louis XVI after the collapse of his morale, and, when revolution broke out, listened to the Third Estate and worked closely with repentant radicals to give the constitutional monarchy a fighting chance. For the first time, Hardman demonstrates exactly what influence Marie-Antoinette had and when and how she exerted it.

John Hardman is one of the world’s leading experts on the French Revolution and the author of several distinguished books on the subject.

“Marie-Antoinette: The Making of a French Queen presents [Marie-Antoinette] as much more than a symbol whose meaning is in the eye of her beholder. In Hardman’s telling she is neither martyr nor voluptuary but rather a serious participant in politics.”—Lynn Hunt, New York Review of Books

“Hardman is far more than a biographer, his works are key to understanding the politics of the reign of Louis XVI. Steeped in the original sources and well able to decode the plots and schemes of the factions, this is both an entertaining and convincing new interpretation of the tragic Queen”—Peter Campbell, author of Power and Politics in Old Regime France

"Superb. Hardman draws upon his vast knowledge of the period to present a new, deeply researched and compelling portrait of a much-maligned queen'—Julian Swann, author of Exile, Imprisonment, or Death

“Gripping and beautifully-written. Hardman centres on the queen's political role, long a subject of myth and controversy. He cuts through both with forensic skill, and reveals a much more intelligent and impressive figure than the frivolous spendthrift of legend.”—Munro Price, author of The Fall of the French Monarchy

This feature require that you enable JavaScript in your browser.
END_OF_DOCUMENT_TOKEN_TO_BE_REPLACED