Blood of the Liberals (Paperback) 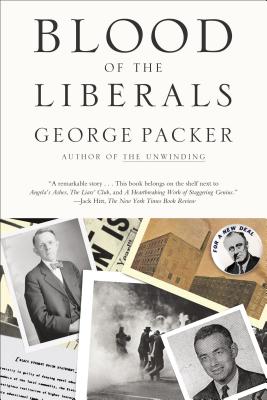 By George Packer
Email or call for price.
Not Available

George Packer's maternal grandfather, George Huddleston, was a populist congressman from Alabama in the early part of the century—an agrarian liberal in the Jacksonian mold who opposed the New Deal. Packer's father was a Kennedy-era liberal, a law professor and dean at Stanford whose convictions were sorely—and ultimately fatally—tested in the campus upheavals of the 1960s. The inheritor of two sometimes conflicting strains of the great American liberal tradition, Packer discusses the testing of ideals in the lives of his father and grandfather and his own struggle to understand the place of the progressive tradition in our currently polarized political climate. Searching, engrossing, and persuasive, Blood of the Liberals is an original, intimate examination of the meaning of politics in American lives.

George Packer is a staff writer for The New Yorker and the author of The Assassins’ Gate: America in Iraq, which received numerous prizes and was named one of the ten best books of 2005 by The New York Times Book Review. He is also the author of the novels The Half Man and Central Square, and the works of nonfiction The Unwinding: An Inner History of the New America, The Village of Waiting and Blood of the Liberals, which won the 2001 Robert F. Kennedy Book Award. His play, Betrayed, ran in Manhattan for five months in 2008 and won the Lucille Lortel Award for Outstanding Play. He lives in Brooklyn.

“Splendid...[Packer] skillfully weaves the travails of the reformist left through the equally tempetuous story of his own activist family. The result is a politically engaged memoir that sheds more understanding on the problems and promise of liberalism than a shelf full of hand-wringing or wistful post-mortems.”—Michael Kazin, Chicago Tribune

“Remarkable...Belongs on the shelf next to Angela's Ashes, The Liars' Club, and A Heartbreaking Work of Staggering Genius.”—Jack Hitt, The New York Times Book Review

“I've never read a book quite like George Packer's Blood of the Liberals. More than a learned history and revealing memoir, it's also an unsentimental but deeply felt love letter to the father he barely knew and the grandfather he never met. Packer shows American liberals where we've been and where we must go by sharing his story—a story that is heartbreaking, hopeful, and beautifully drawn.”—George Stephanopoulos

This feature require that you enable JavaScript in your browser.
END_OF_DOCUMENT_TOKEN_TO_BE_REPLACED