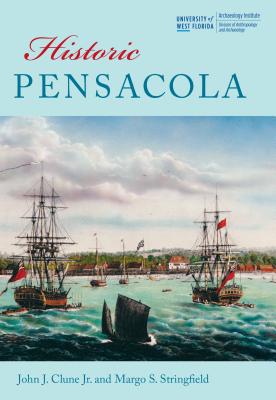 Pensacola was one of the earliest European settlement attempts in American history, and five flags have flown over the city since it was founded. Alternately abandoned and resettled, it served variously as a Spanish garrison, as a French outpost, and as the capital of the British colony of West Florida. It was the largest city in the state when Florida joined the United States in 1821 with Andrew Jackson presiding as provisional governor. Historic Pensacola is an excellent introduction to "The City of Five Flags" for residents and visitors alike. Alongside historic illustrations and contemporary color photographs, John Clune and Margo Stringfield guide readers from Pensacola's hardtack beginnings in 1559 to the city's tremendous growth in the early nineteenth century. They provide a unique look into the daily lives of the people who endured hardship, disease, and hurricanes to settle the Gulf coast frontier. This is a highly readable account of a city with a rich and fascinating past.

A volume in the series Colonial Towns and Cities of the Atlantic World, edited by John J. Clune Jr. and Gregory Waselkov.

This feature require that you enable JavaScript in your browser.
END_OF_DOCUMENT_TOKEN_TO_BE_REPLACED