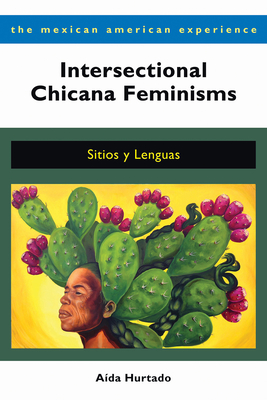 Chicana feminisms are living theory deriving value and purpose by affecting social change. Advocating for and demonstrating the importance of an intersectional, multidisciplinary, activist understanding of Chicanas, Intersectional Chicana Feminisms provides a much-needed overview of the key theories, thinkers, and activists that have contributed to Chicana feminist thought.

Aída Hurtado, a leading Chicana feminist and scholar, traces the origins of Chicanas’ efforts to bring attention to the effects of gender in Chicana and Chicano studies. Highlighting the innovative and pathbreaking methodologies developed within the field of Chicana feminisms—such as testimonio, conocimiento, and autohistoria—this book offers an accessible introduction to Chicana theory, methodology, art, and activism. Hurtado also looks at the newest developments in the field and the future of Chicana feminisms.

The book includes short biographies of key Chicana feminists, additional suggested readings, and exercises with each chapter to extend opportunities for engagement in classroom and workshop settings.

Aída Hurtado is the Luis Leal Endowed Chair and a professor in the Department of Chicana and Chicano Studies at the University of California, Santa Barbara. She is co-author of Chicana/o Identity in a Changing U.S. Society and co-author of Beyond Machismo: Intersectional Latino Masculinities.

“Hurtado once again offers a brilliant analysis of Chicana feminisms that is historically situated and honors the legacies of early Chicana feminists. She advocates for and demonstrates the importance of an intersectional, multidisciplinary, and activist understanding of Chicanas.”—Yvette G. Flores, author of Chicana and Chicano Mental Health: Alma, Mente y Corazón

This feature require that you enable JavaScript in your browser.
END_OF_DOCUMENT_TOKEN_TO_BE_REPLACED