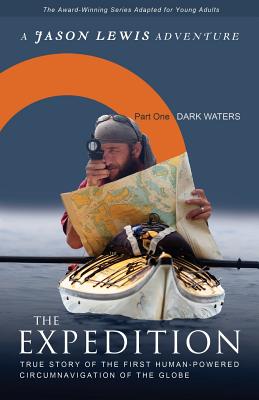 By Jason Lewis
Email or call for price.
Available from Our Distributor (5+ days shipping)

In this gripping young adult edition of his multiple award-winning series, Jason Lewis introduces a new generation of readers to one of history's most inspirational adventure stories. Supplemented with intricate maps and educator discussion guide, this adaptation highlights the grit, determination, and resourcefulness demonstrated by novice adventurer Jason and his friends in achieving what the London Sunday Times hailed as "The last great first for circumnavigation."

Late in the afternoon of May 13, 2005, a lone kayaker paddled into a remote bay in northeast Australia. He was exhausted, sunburnt, and looking forward to reaching land after months at sea. But his voyage across the Pacific wasn't over yet. Shortly after making landfall he would be fighting for his life, defending himself and his kayak from a terrifying crocodile attack.

So begins the first in a thrilling adventure trilogy relating Jason Lewis' Guinness World Record-setting journey around the world using only human power--no motors or sails. The young adventurer had already nearly drowned pedalling across the Atlantic, been left for dead by a hit-and-run driver while rollerblading the US, and survived blood poisoning in the doldrums. Now five years since leaving his home in England, Jason seriously wondered whether he had it in him to carry on.

As a shy, misfit teenager, he had defied authority. By the time he left school, Jason knew he wanted to make a difference by helping raise awareness of environmental issues. And what better way to do this than to join his best friend Stevie on a global circumnavigation without using fossil fuels?

This was the motivation driving him forward against all odds, proving that anyone, even without experience or money, can achieve anything they want to, if they just believe in themselves and never give up.

This feature require that you enable JavaScript in your browser.
END_OF_DOCUMENT_TOKEN_TO_BE_REPLACED