The Last of The Wild Bunch: The Miseducation of Anthony Green (Paperback) 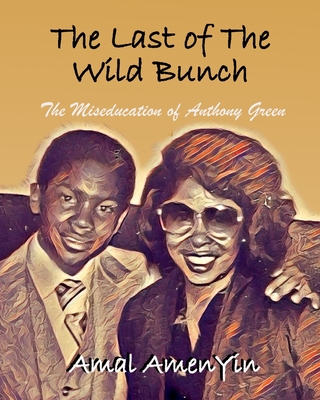 By Amal Amenyin
$19.95
Available from Our Distributor (5+ days shipping)

He was nine years old when he first stood before a judge; he was told if he ever entered a courtroom again, he would receive a harsher sentence---he was back the following year. At ten years old, he coped out and served four years in an Upstate juvenile detention center. Once home, he chose to enter the only life he knew. His father and uncles fell ill, he was left to protect his godfather, assuming the title given to him by court papers, he became the enforcer for the family. Jealously and envy by an outsider, he was a fugitive of the law. Coming back to see his girl, at an address only few people knew, he was caught, put on trial, and sentenced to twenty-five years to Life. This is the story of Anthony Green.

He was imprisoned for the sins of three men. For more than two-decades the story of one of the biggest murders in Brooklyn was locked away twenty-seven plus years in an Upstate prison. Released on September 9th, six-years ago from Shawangunk Correctional Facility, the paperwork of Anthony Green tells the story. The Last of The Wild Bunch: The Miseducation of Anthony Green buy it today. A second book will follow with my stories and personalities.

This feature require that you enable JavaScript in your browser.
END_OF_DOCUMENT_TOKEN_TO_BE_REPLACED