Harry Potter: A Journey Through a History of Magic (Paperback) 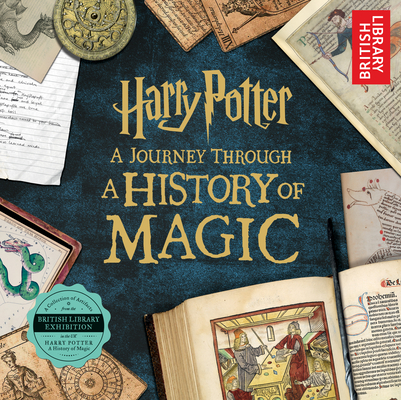 By British Library
Email or call for price.
Not Available

As the British Library unveils a very special new exhibition in the UK, Harry Potter: A History of Magic, readers everywhere are invited on an enchanting journey through the Hogwarts curriculum, from Care of Magical Creatures and Herbology to Defense Against the Dark Arts, Astronomy, and more in this book uncovering thousands of years of magical history. Prepare to be amazed by artifacts released from the archives of the British Library, unseen sketches and manuscript pages from J.K. Rowling, and incredible illustrations from artist Jim Kay. Discover the truth behind the origins of the Philosopher’s Stone, monstrous dragons, and troublesome trolls; examine real-life wands and find out what actually makes a mandrake scream; pore over remarkable pages from da Vinci’s notebook; and discover the oldest atlas of the night sky. Carefully curated by the British Library and full of extraordinary treasures from all over the world, this is an unforgettable journey exploring the history of the magic at the heart of the Harry Potter stories.

The British Library is the national library of the United Kingdom and one of the world’s greatest research libraries. The Library’s collection has developed over 250 years and exceeds 150 million separate items representing every age of written civilization and includes books, journals, manuscripts, maps, stamps, music, patents, photographs, newspapers, and sound recordings in all written and spoken languages. Among the greatest treasures in the Library’s collection are two copies of the Magna Carta from 1215; the Lindisfarne Gospels; Leonardo da Vinci’s notebook; the first edition of the Times (London) from 18 March 1788; manuscripts of the Beatles’ lyrics; and the recording of Nelson Mandela’s speech given at his trial.

This feature require that you enable JavaScript in your browser.
END_OF_DOCUMENT_TOKEN_TO_BE_REPLACED