Anne Frank In My Art (Hardcover) 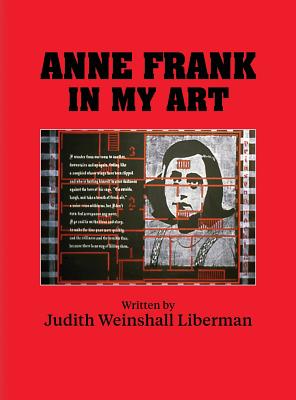 By Judith Weinshall Liberman
$23.99
Available from Our Distributor (5+ days shipping)

ANNE FRANK IN MY ART introduces the reader to the array of artworks about Anne Frank which the artist-author Judith Weinshall Liberman created during her long career in visual art. Works about Anne Frank from Ms. Liberman's various series about the Holocaust - the HOLOCAUST PAINTINGS, the HOLOCAUST WALL HANGINGS, and the SELF PORTRAITS OF A HOLOCAUST ARTIST - are here presented to the reader for the first time in one volume. The clear text and the accompanying images of the artworks combine to throw light on the scope and meaning of the artist-author's artwork about Anne Frank, the Holocaust's best-known, young victim.

ABOUT THE ARTIST-AUTHOR Born in Israel (then called "Palestine"), Judith Weinshall Liberman came to the United States in 1947 to pursue higher education. She earned four American university degrees including two in law, a J.D. from the University of Chicago Law School and an LL.M. from the University of Michigan Law School. After settling in the Boston area in 1956, she studied art and creative writing. Beginning in the early 1960s, and for four decades thereafter, Ms. Liberman created numerous series of artworks. Her art has been widely exhibited, and is represented in the collection of museums and other public institutions. During her long career in visual art, Ms. Liberman wrote several books, among them some picture books. Her book THE BIRD'S LAST SONG (Addison-Wesley, 1976), which she also illustrated, won a citation as one of the "fabulous books of the year." Since 2012, she has published several additional picture books, including ICE CREAM SNOW, THE LITTLE FAIRY, COLOR IN OUR WORLD, THE VERY OLD PAINTER AND HER HUSBAND, HAIFA, ANGEL'S PUPPIES, THE GIANT HOUSE, THE BEE AND THE BUTTERFLY, THE MOUNTAIN, THE TUNNEL, THE OLD DOLL, THE LITTLE SONGBIRD, FIFTEEN FABLES, TWELVE MORE FABLES, THE BIRD WHO WENT TO HEAVEN, A PARAKEET FOR ERIC, TALES OF HUMAN FOIBLES, IN THE MILITARY CEMETERY, THE GIRL AND THE PIGEONS, MORE TALES OF HUMAN FOIBLES, MICHAEL AND THE FLAG, WHAT WILL I BE?, IF I HAD THE POWER, IF I WERE RICH, LUCY AND THE SNOWMAN, THE WHIRLPOOL, THE LETTERS OF THE ALPHABET, TALE OF THE ROMAN NUMERALS, IF I HAD A LITTLE SISTER, GRANDMA'S GLASSES, IF I WERE A MOM, and THE SECRET. Judith Weinshall Liberman's archives can be found in the Arts Department of the Boston Public Library and at the Smithsonian Archives of American Art.

This feature require that you enable JavaScript in your browser.
END_OF_DOCUMENT_TOKEN_TO_BE_REPLACED