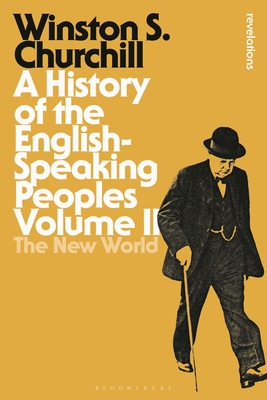 Spanning four volumes and many centuries of history, from Caesar's invasion of Britain to the start of World War I, A History of the English-Speaking Peoples stands as one of Winston Churchill's most magnificent literary works. Begun during Churchill's 'wilderness years' when he was out of government, first published in 1956 after his leadership through the darkest days of World War II had cemented his place in history and completed when Churchill was in his 80s, it remains to this day a compelling and vivid history. The second volume - The New World - explores the emergence of Britain on the world stage and a turbulent period at home: from Henry VIII's break with Rome and the English Reformation to the fending off of the Spanish Armada and the schism between parliament and crown that led to the civil war, the fall and rise of the monarchy and the rule of Oliver Cromwell. The book also covers the historic journey of the 'Mayflower' that saw the English-speaking peoples' arrival in the Americas.

This feature require that you enable JavaScript in your browser.
END_OF_DOCUMENT_TOKEN_TO_BE_REPLACED