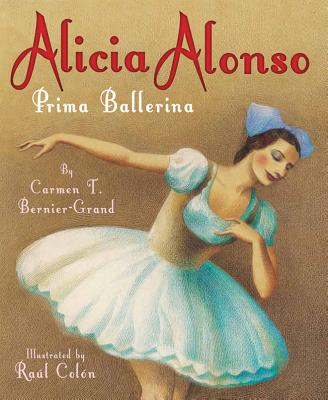 By Carmen Bernier-Grand, Raul Colon (Illustrator)
Email or call for price.
Not Available

Alicia Alonso's artistic achievements are remarkable, considering that she became partially blind and lost her peripheral vision at age nineteen. From childhood, she exhibited a passion for dancing, studying first in Cuba and later in New York City, where she became an overnight sensation in Giselle and was promoted to principal dancer in Ballet Theater. Returning to Cuba in 1948, she founded her own company, which eventually folded due to lack of funding. In 1959 the Cuban government gave her enough money to establish a new dance school, Ballet Nacional de Cuba, which Alonso directs to this day.

This feature require that you enable JavaScript in your browser.
END_OF_DOCUMENT_TOKEN_TO_BE_REPLACED