History of the Caribbean (Paperback) 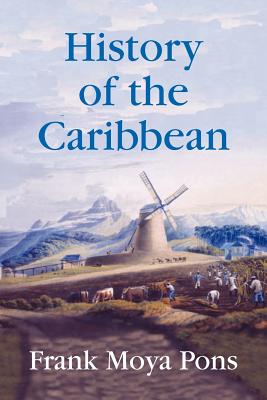 By Frank Moya Pons
$28.95
Available from Our Distributor (5+ days shipping)

From the arrival of the first Europeans in the region until the 1930s, plantations - building their fortunes on sugar, and to a lesser extent on cotton, indigo, tobacco, coffee, and bananas - brought unprecedented wealth to Old World owners, effected a fundamental shift in the landscape and economy of the Caribbean and the Atlantic world, saw the enslavement of first indigenous populations and then imported Africans, and led to bloody wars on both sides of the Atlantic over control of the lucrative sugar market. In this comprehensive volume, Frank Moya Pons explores the history, context, and consequences of the major changes that marked the Caribbean between Columbus' initial landing and the Great Depression. He investigates indigenous commercial ventures and institutions, the rise of the plantation economy in the 16th century, and the impact of slavery. He discusses the slave revolts and struggles for independence, seen by European landowners not as a matter of human or political rights but as an expensive interruption to their profit flow. History of the Caribbean traces the fate of a group of small islands whose natural resources transformed them first into some of the wealthiest places on earth and then into some of the poorest. This book intertwines the socioeconomics of the Caribbean with Atlantic history in a captivating narrative that will fascinate a general audience and provide new insights for specialists.

This feature require that you enable JavaScript in your browser.
END_OF_DOCUMENT_TOKEN_TO_BE_REPLACED