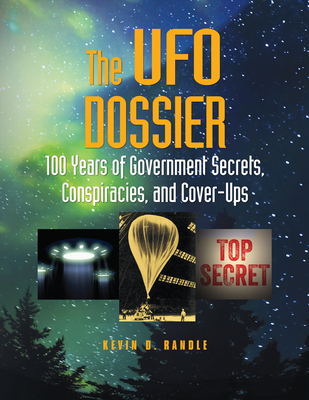 By Kevin D. Randle
$19.95
Available from Our Distributor (5+ days shipping)

Kevin D. Randle is a retired U.S. Army lieutenant colonel who toured in Iraq. He has master's degrees in psychology and the art of military science, as well as a doctorate in psychology. His army and air force training as an intelligence officer, military policeman, and in public affairs affords him unique insights into the operations and protocols of the military and its investigations into UFOs and related phenomena. He has interviewed hundreds of witnesses to mysterious crashes, sightings, abduction cases, animal mutilations, alien home invasions, and humans working with the aliens. Randle is the author of Alien Mysteries, Conspiracies and Cover-Ups and The Government UFO Files: The Conspiracy of Cover-Up (both from Visible Ink Press), Crash: When UFOs Fall from the Sky, Reflections of a UFO Investigator, and UFO Casebook. He lives in Cedar Rapids, Iowa.

This feature require that you enable JavaScript in your browser.
END_OF_DOCUMENT_TOKEN_TO_BE_REPLACED