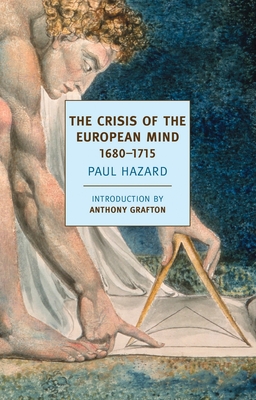 By Paul Hazard, Anthony Grafton (Introduction by), J. Lewis May (Translated by)
$22.95
Available from Our Distributor (5+ days shipping)

Paul Hazard’s magisterial, widely influential, and beloved  intellectual history offers an unforgettable account of the birth of the modern European mind in all its dynamic, inquiring, and uncertain glory. Beginning his story in the latter half of the seventeenth century, while also looking back to the Renaissance and forward to the future, Hazard traces the process by which new developments
in the sciences, arts, philosophy, and philology came to undermine the stable foundations of the classical world, with its commitment to tradition, stability, proportion, and settled usage. Hazard shows how travelers’ tales and archaeological investigation widened European awareness and acceptance of cultural difference; how the radical rationalism of Spinoza and Richard Simon’s new historical exegesis of the Bible called into question the revealed truths of religion; how the Huguenot Pierre Bayle’s critical dictionary of ideas paved the way for Voltaire and the Enlightenment, even as the empiricism of Locke encouraged a new attention to sensory experience that led to Rousseau and romanticism. Hazard’s range of knowledge is vast, and whether the subject is operas, excavations, or scientific experiments his brilliant style and powers of description bring to life the thinkers who thought up the modern world.

Paul Hazard (1878–1944) was an eminent French historian of ideas and a pioneering scholar of comparative literature. After teaching at the University of Lyon and the Sorbonne, he was appointed to the chair of comparative literature at the Collège de France in 1925 and in 1940 was elected to the French Academy. From 1932 on Hazard also taught at regular intervals at Columbia University, and he was in New York when the Nazis occupied France in 1941. He immediately returned to France to assume the rectorship of the University of Paris but was rejected for the position by the Nazis. Hazard’s reputation rests on two major works of intellectual history: The Crisis of the European Mind, from 1935, and its sequel, European Thought in the Eighteenth Century: From Montesquieu to Lessing, published posthumously in 1946.

James Lewis May (b. 1873) was a British critic and translator, best known as a translator and biographer of Anatole France. His 1928 translation of Madame Bovary for The Bodley Head
was for many years the standard edition. In addition to translating The Crisis of the European Mind, May translated its sequel, European Thought in the Eighteenth Century.

Anthony Grafton is Henry Putnam University Professor of History and the Humanities at Princeton University. His most recent book is The Culture of Correction in Renaissance
Europe.

“Hazard’s thesis, according to present-day historians of ideas, has largely withstood the test of time. His enthusiasm, his wonderful erudition, his gift for synthesis, the focus on all of Europe rather than on France alone, the powerful yet elegant style of the book—all contribute to the air of general persuasiveness it exudes.” —H. Floris Cohen

“[Hazard] displays a profound, and contagious, sympathy for the intellectual movement he describes.”  —History Workshop Journal

This feature require that you enable JavaScript in your browser.
END_OF_DOCUMENT_TOKEN_TO_BE_REPLACED