A Mysterious Something in the Light: The Life of Raymond Chandler (Hardcover) 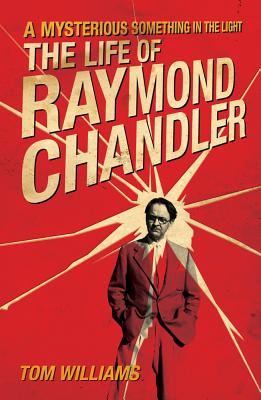 By Tom Williams
Email or call for price.
Out of Print

The life of Raymond Chandler has long been obscured by secrets and half-truths as deceptive as anything in his novel The Long Goodbye. Now, drawing on new interviews, previously unpublished letters, and archives on both sides of the Atlantic, Tom Williams casts a new light on this most mysterious of writers.

The Raymond Chandler revealed is a man troubled by loneliness and desertion from an early age. Born in Chicago in 1888, his childhood was overshadowed by the collapse of his parents’ marriage, his father’s alcohol-fuelled violence eventually forcing the boy and his doting mother to leave for Ireland and later London. But class-bound England proved stifling, and Chandler, in his twenties and eager to forge a new life, returned to the United States where—in corruption-ridden Los Angeles—he met his one great love, Cissy Pascal, a married woman eighteen years his senior.

It was only during middle age, after his alcoholism wrecked a lucrative career as an oilman, that Chandler seriously turned to crime fiction. And his legacy—the lonely, ambiguous world of Philip Marlowe—endures, compelling generations of crime writers to follow him.

In this long-awaited new biography, Tom Williams shadows one of the true literary giants of the twentieth century and considers how crime writing was raised to the level of art.

Tom Williams has spent six years investigating the life and times of Raymond Chandler. This is his first book.

"Outstanding. . . . Williams writes sensitively about the Cissy relationship and delves illuminatingly into the composition of Chandler's masterpieces. . . . Thanks to his biography Chandler himself is a less mysterious something than he was." —Sunday Times

"Meticulously annotated and researched, and written with a tangible fondness, it’s hard not to appreciate Williams’s efforts." —Publishers Weekly

"[An] excellent new biography...A Mysterious Something in the Light argues Chandler’s case beautifully. It is well researched, but because it is so well written it should be of interest to scholars and mystery fans alike." —Washington Independent Review of Books

"Williams provides details about Chandler's family background, education, business efforts, and friendships, and shows us how elements of each are expressed in his stories." —Ellery Queen Mystery Magazine

"I couldn't quite turn away from this compelling...biography of one of the genre's greatest writers... It will have Chandler disciples fascinated." —Mystery Scene

This feature require that you enable JavaScript in your browser.
END_OF_DOCUMENT_TOKEN_TO_BE_REPLACED