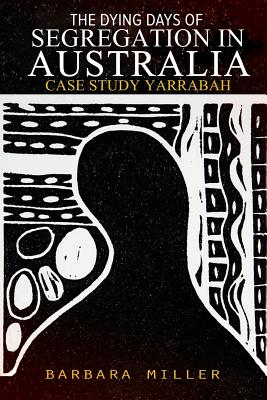 By Barbara Miller
Email or call for price.
Not Available

Did the deep north of Australia experience racism, discrimination and segregation? Yes. But it was different from the deep south of the USA. A system similar to South African apartheid existed on Aboriginal reserves like Yarrabah in Queensland till as recently as 1984. This book, The Dying Days of Segregation in Australia: Case Study Yarrabah, is unique in that Australian Aborigines themselves tell their story of living under legal discrimination on reserves and discusses their aspirations for self-determination, local government and land rights. Human rights abuses of the law they lived under are discussed in detail as well as government policy that promoted racial discrimination. Race relations are examined.

The book is a political history from contact till now between white and black Australia and puts Yarrabah in a national context. Despite past racism and discrimination and some lingering examples of this in government policy and society's attitudes, Yarrabah today is a thriving community run by an Aboriginal Council with local government and native title. It still has some of the hallmarks of a disadvantaged population like shortage of housing and health issues. No longer a reserve, Yarrabah is still a discrete community but its residents do not experience segregation and can come and go freely and have the same human rights as other Australians. For those interested in politics and government and public affairs policy in relation to ethnic studies or minority studies, this is the book to read. History buffs, legal eagles, educators and the curious reader will find it fascinating. The author has a long term and close association with Yarrabah.

What is little known is that Yarrabah was to run alongside Murray Island in the test case that won native title known as Mabo which overturned the legal fiction that Australia was terra nullius or an empty land. The Chairman of Yarrabah, Percy Neal, was jailed on a minor charge when he asserted the Aboriginal council's authority causing the case to be dropped. This is also covered in the book.

This feature require that you enable JavaScript in your browser.
END_OF_DOCUMENT_TOKEN_TO_BE_REPLACED