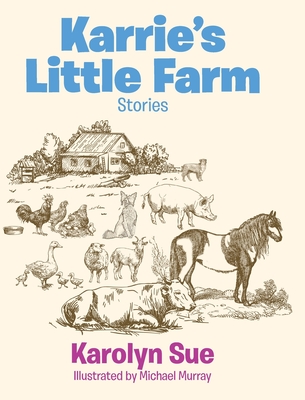 By Karolyn Sue
$27.95
Available from Our Distributor (5+ days shipping)

I decided to write about my true adventures with Henry and some of my other animals after telling a couple of friends about Henry when we were working nights together. When we first moved to Arizona, we lived in Bisbee for a while, then moved to Pima. After we moved the third time in Arizona, it was to Willcox, and by this time my older brother and sister were teenagers and were tired of moving. My mother was also tired of moving and said she was going to buy some land and stay in Willcox, and that was what she did. The stories are true from my memories. Henry was the most wonderful, sweet, and gentle pig you could have ever known. He was also very smart, and he had a personality that was just as human as any person you could ever know. Karolyn raised Henry on a bottle. She had never been around pigs before, but once she first saw him, she knew there was something about him. She had the feeling that Henry was no ordinary pig, that he was very special. She did not mind that in the beginning he would need to be bottle-fed even in the middle of the night, or how messy it was to bottle-feed a baby pig; all she cared about was he was hers, and she knew they would have many wonderful times together as he grew up. These stories tell about the special love a girl has for her pig and the strong bond of love and friendship that the pig has for his girl. The love and friendship between Karolyn and Henry is one that only comes along once in a lifetime.

This feature require that you enable JavaScript in your browser.
END_OF_DOCUMENT_TOKEN_TO_BE_REPLACED