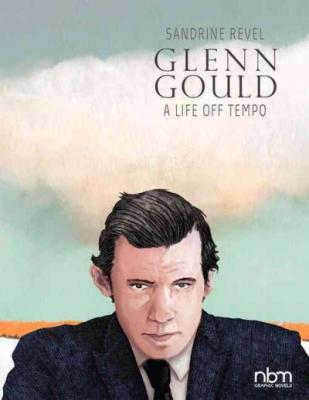 By Sandrine Revel
Email or call for price.
Not Available

Glenn Gould was a Canadian pianist, a child genius who became a worldwide superstar of classical music remembered for, among others, his almost revolutionary interpretations of Bach. This graphic novel biography seeks to understand the eccentric personality behind the persona. Who is the mysterious Glenn Gould? Why did he abruptly end his career as a performing musician? Why did he become one of the very first of his peers to disappear from the public eye like J.D. Salinger? Sandrine Revel delves into the life of Gould with hand painted illustrations and the viewpoint of an adoring fan. 2017 marks a number of important anniversaries for Gould: the 85th of his birth and 35th of his death but also the 60th of his legendary tour of Russia, a first for a Western artist, and of his debuts with the worlds’ leading orchestras.

Sandrine Revel is a prolific French creator of graphic novels. In 2001, she won an award for her work for young readers at the prestigious Angoulême International Comics Festival. She has published more than ten graphic novels in France as well as a successful line of Children’s comics. Glenn Gould won her the French Artémisia award which recognizes female comics creators.

"Revel’s stunning artwork makes this book, timed to commemorate what would have been Gould’s 85th birthday, a worthy new biography." —Publishers Weekly

"Hums along in pace with its virtuoso subject." —Sean Rogers, Toronto Globe & Mail

"Adds a new dimension for those already familiar with the man, and for newcomers, a perfect introduction." —Foreword Reviews

This feature require that you enable JavaScript in your browser.
END_OF_DOCUMENT_TOKEN_TO_BE_REPLACED