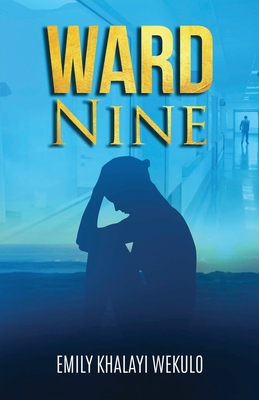 By Emily Khalayi Wekulo
$13.99
Available from Our Distributor (5+ days shipping)

Najma wakes up one morning to the horror of her mentally ill mother's gruesome murder on the streets. She is horrified and shocked that someone would kill a sick woman so brutally. Her mother had suffered a mental break down after Najma's birth due to postpartum stress. Najma's life is definitely in danger, but there is a young man who remains by her side throughout the ordeal. On the morning of her mother's death, it is revealed that this young man is her brother, and he carries more conundrums about Najma's identity. She is only sixteen and acutely needs someone. Ironically, Zaire is the only person she can trust.

She dreams of being a fashion designer and model, but the desire wanes when her mother is brutally murdered and dumped at the market square. It is later revealed that Najma's father is a prominent politician who chose to marry a statesman's daughter for prestige instead of the love of his life, Elima, Najma's mother. The politician, however, takes care of their bills. When Elima gets worse, she is admitted to the mental hospital and there resides in Ward Nine, the details of which captured in large tracts of flashback.

Najma discovers her world, bit by bit through Zaire, giving the reader an insight into how she became who she is. The world of money and power is also revealed through Zaire and other characters named after gods and goddesses. Osanyin is a Nigerian ritualist and money maker, Barvo owns a lake of fake gold (just like the god of the springs), Lorantu is a smuggler of youth and an ancient god of youth who refuses to grow old. Ploutus is Najma's father and a statesman. Anthenia, the goddess of gardens, is a dealer of poisons and silent assassinations. Finally, there is Artemis, the goddess of fertility.

The delicate intertwining of Greek and Panafrican lore creates a new, cerebral setting. These characters expose the sordidness of the political family and the bitter fruits of extreme power. It reveals the corruption, betrayal, injustices, and acute pain that those involved inflict on innocents.

Currently, mental health is a pertinent issue. Encumbered by postmodern depression, hunger for validation, lack of stress management units, and a man-eat-man mentality, the world has stopped being a peaceful haven. Everyone is struggling to fit in, and this title aims to establish the causes of mental instability through fiction.

The story is also based on crime, fraud, mass killings, and other vices that are meant to unveil the other side of the world that people assume doesn't exist. Money and wealth are necessary evil that humanity can't help being attracted to. The book satirizes what humans are willing to do for money and power.

Ward Nine is a story of wealth, power, and self-made immortality of characters intertwined in religious extremism, science, black magic, and the twisted cultural beliefs of people across Africa and beyond. It is an exposure of social class divisions, the struggles on the ladder, and the rise and fall of pseudo empires that exist beyond the eyes of the public. It is where purported good meets the notion of evil. The mission: to unveil the darkest secrets of the land by way of satire, humor, and fantasy.

Ward Nine ends in the triumph of love, in its rawest and purest form. It is a story of love causing pain and facilitating simultaneous healing. In the end, it's not all tears. There is love and peace in doing the things that one loves most.

This feature require that you enable JavaScript in your browser.
END_OF_DOCUMENT_TOKEN_TO_BE_REPLACED