My Sister's My Teacher! (Hardcover) 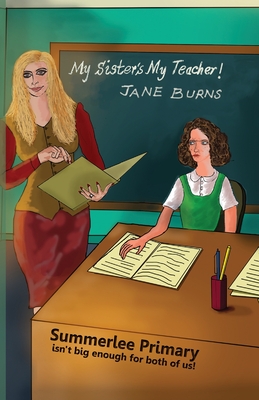 By Jane Burns
$11.95
Available from Our Distributor (5+ days shipping)

""Holly was still shaking the life out of me and pointing to the stage. I had missed Mr. Bamber announcing our new teacher. I stood up straining forward eagerly to catch a glimpse - only to find out why Holly was so frantic. There on the stage beside Mr. Bamber stood MY BIG SISTER ANGELA "" How had Angela managed to slip that one past her kid sister? Sam's worst nightmare had become a reality. Angela was only 10 years older than Sam. Was there going to be room enough for the two of them at Summerlee Primary? Sam didn't think so. How could she get rid of BIG SISTER ANGELA? Sam needed some ideas - and fast. But she hadn't reckoned on Bully Bella getting in the way, almost wrecking Sam's final year at Summerlee. It looks as though Sam will be ejected from Summerlee Primary School before Angela ...

Jane Burns retired from teaching English in 2009 to concentrate on writing. In 2013, she completed a Masters Degree in Television Fiction Writing which led to a stint as Educational Consultant on popular BBC 1 school drama Waterloo Road. My Sister's My Teacher! is Jane's first attempt at a children's novel.

This feature require that you enable JavaScript in your browser.
END_OF_DOCUMENT_TOKEN_TO_BE_REPLACED