Wars and Soldiers in the Early Reign of Louis XIV, Volume 3: The Armies of the Ottoman Empire 1645-1719 (Century of the Soldier) (Paperback) 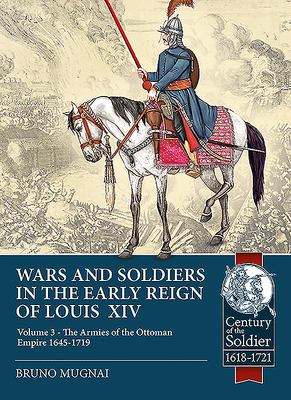 By Bruno Mugnai
$59.95
Available from Our Distributor (5+ days shipping)

Conflicts between Christian powers and the Ottoman Empire displayed completely different characteristics compared to other contemporary wars fought in Europe, war without mercy being the norm. The tones adopted by Western literature to describe the Ottomans resemble the ones recently used against the communist bloc and the Soviet Union, and it is probably not a coincidence that certain prophecies about the sultan, such as his arrival in Rome and watering the horse in San Pietro, survived until the post-1945 period, replacing the Grand Turk with the Red Army's Cossacks.

This book deals with the organization, the composition and the history of the army of the Sublime Porte, starting from the information contained in Western sources. This approach, despite the partial origin of the information, allows a critical examination of the sources and the formulation of a vision that is not conditioned by the clich's that often occur about such topics, returning us to a a neutral vision of the complex Ottoman 'Military' represented with all its refined and sumptuous costumes and weapons apparatus.

This feature require that you enable JavaScript in your browser.
END_OF_DOCUMENT_TOKEN_TO_BE_REPLACED