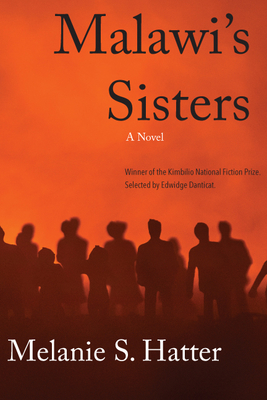 Hatter’s artful, moving novel looks closely at the murder of a young black woman and her family’s devastation. Old—and new—questions about race and civil rights in 21st Century America arise alongside the unfolding story of Malawi and those who live in the wake of her loss.

Melanie S. Hatter is the author of Malawi's Sisters, winner of the inaugural Kimbilio National Fiction Prize, selected by Edwidge Danticat (Four Way Books, 2019), The Color of My Soul, winner of the 2011 Washington Writers’ Publishing House Fiction Prize, and Let No One Weep for Me, Stories of Love and Loss. Her short stories have appeared in The Whistling Fire, Defying Gravity, TimBookTu, and Diverse Voices Quarterly. She was a runner-up winner in the Fiction category of the 2015 and 2016 Montgomery Writes contests sponsored by the Maryland Writers’ Association. She is a regular participant in the PEN/Faulkner Foundation’s Writers in Schools program in Washington, D.C., and serves on the board of the Zora Neale Hurston/Richard Wright Foundation.

“This story is both timely and well executed. We rarely see the private side of the devastating aftermath of police / vigilante / help-seeking and shot-related deaths that this writer describes here in such a suspenseful and nuanced manner. This is the kind of book that might encourage and inspire in-depth conversations and discussions and help readers think more deeply about a subject they might have mistakenly thought they knew all about.” —Edwidge Danticat, judge of the inaugural Kimbilio National Fiction Prize

“Whether random or at the hands of authorities or of vigilantes, daily, black men and women become victims of the epidemic of gun violence sweeping the United States. Malawi’s Sisters considers the consequences on those left behind. An early morning phone call disrupts the seemingly placid lives of Judge Malcolm Walker and his artist wife, Bet. The Walker family, including daughters Kenya and Ghana, struggle to come to terms with what it means when those you love are taken in ways that are somehow both random as well as predictable.” —David Haynes, Kimbilio Founder

"[Hatter] weave[s] the events of the story with the characters' pasts, unveiling their motivations, and encouraging readers to regard them with compassion, all while attempting to capture the energy of a larger social moment."
— Kirkus Reviews

"...When Hatter set her new novel in Washington’s Gold Coast and named its main characters Malawi, Ghana, and Kenya, I suspect she was saying, 'Make no mistake. What’s going on today in this place (America), in this time (now) is just as tragic as that historical mess.' She is also, by naming her characters after the countries that arose from that terrible era, declaring a proud heritage. And finally, she is evoking the centuries-long tension between blackness, all-that-glitters, and death....But Malawi’s Sisters is not without joy; it is no dreary story. The novel moves quickly, as its author has that rare gift of saying just enough to keep readers reading and giving enough to make them understand. We truly know the characters, and we believe them as they find agency in the midst of a terrible loss...."
— Sarah Trembath

This feature require that you enable JavaScript in your browser.
END_OF_DOCUMENT_TOKEN_TO_BE_REPLACED